Given the research advancements by the National Institutes of Health team led by Dr. Venditti, gene therapy development for MMA is being explored by SELECTA Biosciences.  Click on the company name to learn more! 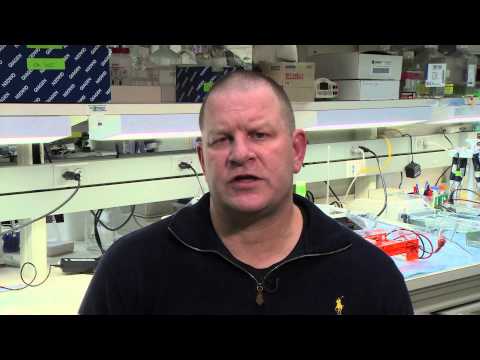 A research team from the National Institutes of Health (NIH), led by Charles Venditti, M.D., Ph. D. Genetics, is conducting extensive research on mut 0 MMA.  Patients, predominantly children, from all over the world participate in the research studies.

Julien Sénac and Dr. Venditti in the research lab, 2011

Visit www.genome.gov/27529399 for more information about the clinical studies.

The Clinical Center at the NIH in Bethesda, Maryland is the nation's largest hospital devoted entirely to clinical research.  It is a national resource that makes it possible to rapidly translate scientific observations and laboratory discoveries into new approaches for diagnosing, treating, and preventing disease.

Dr. Charles Venditti, Bonnie, Alyssa and Denny Meisel, Dr. Irini Manoli and Jennifer Sloan, Genetic Counselor~ during a July 2013 clinic visit at NIH.  This photo was taken for a press release for a major breakthrough by the research team on kidney disease.

At NIH, Dr. Venditti and his team have developed models of mice and other primitive organisms affected with MMA for manipulation in the laboratory.

The primary goal is to develop improved treatments and ultimately a cure for this metabolic disorder through gene, stem cell and small molecule drug therapies.

For a list of published work related to the studies, visit www.genome.gov/19016902

Angels for Alyssa entered into a donor agreement directly with the National Genome Research Institute on January 1, 2010 and has been responsible for the administration of the MMA Research Fund since that time.  Previously, the Organic Acidemia Association administered the MMA Research Fund.

Visit www.mmaresearch.com to learn more about the research efforts at NIH.

and her friend, Stephanie,